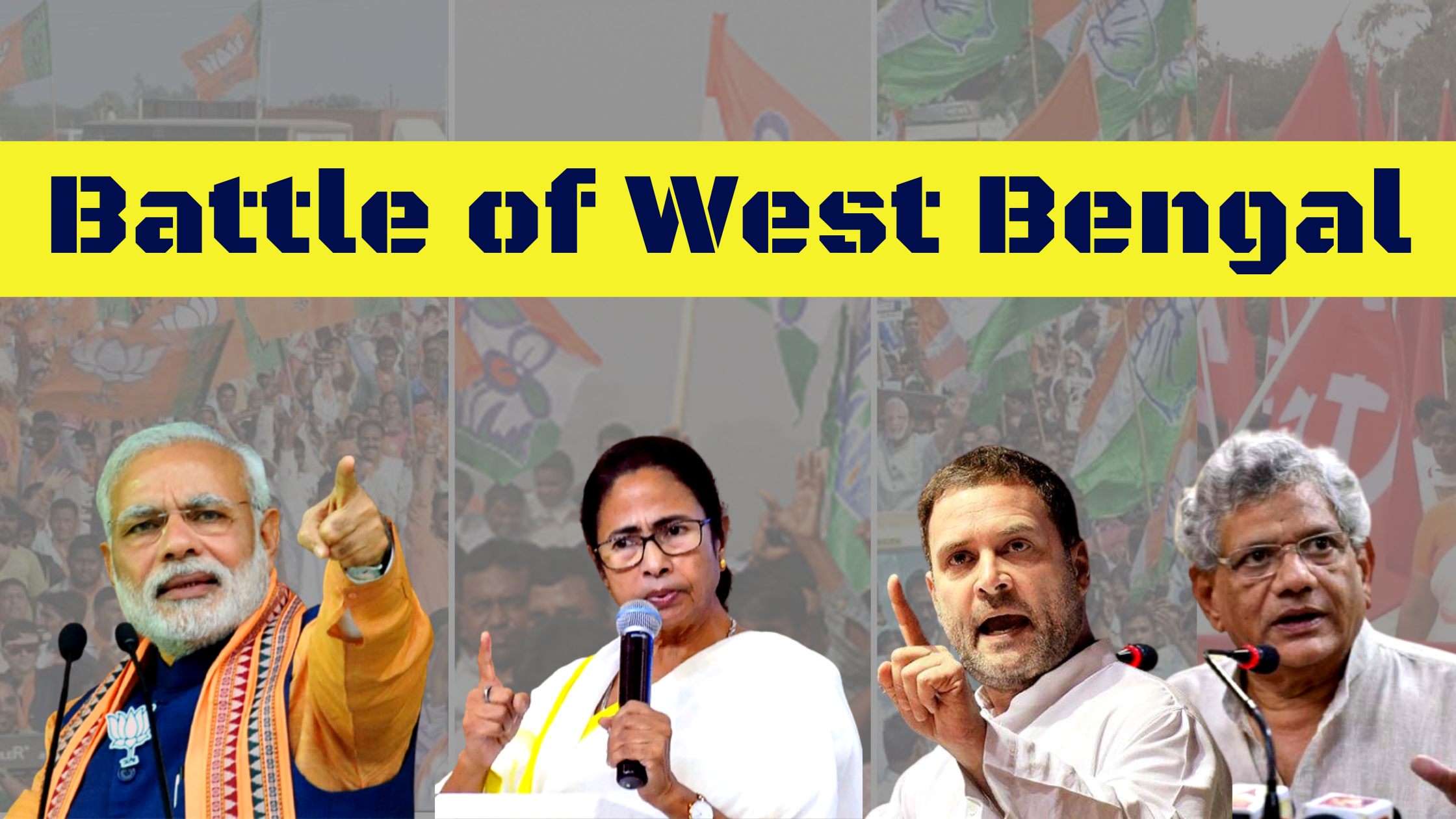 In an attempt to stir the political conscience of West Bengal, the All-India Trinamool Congress used the anti-industrial sentiments of the population as a campaigning tool in 2011. A decade later, the party’s aversion to fast-paced industrialization has landed it in murky waters. With the advent of formidable opposition, the 2021 West Bengal Legislative Assembly Election has proven to be diverse in terms of participation and campaigning issues, ahead of polling.

The major parties contesting election in 2021 include the All-India Trinamool Congress (Federal Front), the Indian National Congress along with Communist Party of India – Marxist (Mahajot) and the Bharatiya Janata Party. The Trinamool Congress has retained its approach of rolling out mass distributive and other policies right before election season. With policies like Swyastha Sathi, a healthcare initiative, and Duare Sarkarand, the party hopes to retain its voter base. Party leadership has also made use of the ‘othering’ approach to draw distinction between the BJP, a predominantly Hindu party, and homegrown TMC. The party has also sparing used the Citizenship Amendment Act to attack the BJP.

BJP alleges that the Trinamool Congress lacks vision for the state. The party promises more rapid industrialization and economic development in the state if voted to power. Additionally, the Bharatiya Janata Party has also employed use of phrases such as “Ebar Bangla, parle shamla” (Save Bengal this time) hinting at Mamata Banerjee’s strategy of minority appeasement and lack of good economic governance. The opposition, including the INC and CPI (M) along with the BJP have severely criticized Banerjee’s use of political violence to retain voter support.

In 2016 Legislative Assembly Election the primary campaigning issues used by the opposition were the Narada and Saradha scandals, lack of industrialization, and flaming of political violence by TMC. However, the party responded by introducing mass distributive schemes of grains and pulses for the poor and by restoring infrastructure across the state. Millions of minority students were handed out scholarships and the Muslim community was registered under the OBC category.

While political strategies change with every election cycle, their nature remains stagnant. Parties pick on each other’s shortcomings to secure their own vote bank. However, instances of violence close to elections have become more predominant in West Bengal with no solution in sight.