Due to corona pandemic, Bihar 2020 legislative assembly elections may be postponed for six months. President rule may be imposed if the situation does not improve. 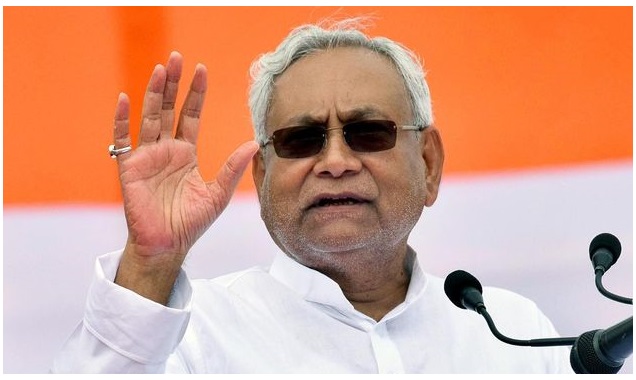 With no signs of repeal of Covid-19, the Bihar Assembly elections, which are less than 160 days apart, are likely to be postponed and President’s rule will be implemented in the state, sources in the Election Commission and in Delhi Political institutions have indicated.

As per rules, the election process in the state is to be completed by 12 November 2015. It is pertinent to mention that in 2015, elections in Bihar were held in five phases which started from 12 October and lasted till 5 November.

A Union minister told The Sunday Guardian: “It is too early to say anything, but the option of postponing the election is being discussed. If the situation does not change (in relation to Covid-19) in the coming weeks, then representatives of all parties will have to sit together and call. We cannot put the lives of so many people in danger. The election process involves mobilization of people and this is not appropriate in the present circumstances. We have adequate provisions in the Constitution to deal with such developments. “

However, while it may sound very good that top Delhi-based officers in the Election Commission of India are looking to emulate the South Korean model, the difference between Bihar and South Korea is likely to bring a rude shock to those who think that the model executed in South Korea will be successful in Bihar.

How did South Korea conduct its elections?

The over 14,000 polling booths in the country were extensively disinfected and the temperature of the voters was checked at the polling booth entrance. All the electoral officials were given PPE suits. Anyone who was found to have more than normal temperature was sent to a designated area from where they could cast their vote. It was made compulsory for voters to use hand sanitizers and wear disposable plastic gloves before entering the booth to cast their ballots. Covid-19 infected patients and people in self-isolation were also able to exercise their voting right as special voting booths were set up at government-run isolation centers, while those under self-quarantine were allowed to leave their homes to vote after polling booths was closed to the public at 6 p.m.

What is the same number in Bihar?

The population of Bihar as per the 2011 census was 10.30 crore which is expected to be more than 12 crore now, more than twice that of South Korea.

Bihar is India’s most densely populated state with a population density of 1,106 people per sq km, with Patna having a density of 1,803 per square km. The state’s literacy rate is 64%. As per Election Commission officials based in Patna, the number of voters in the state is around 7.19 crore, almost double that of South Korea.

For the 243 Assembly seats, the number of polling booths that the Election Commission has created are 72723, almost five times that of South Korea.

In the 2015 polls, 750 companies of Central Armed Police Forces (one company has roughly 150-250) men and almost 3.27 lakh polling personnel were deployed for a free and fair elections.

“In South Korea, strict social distancing norms were followed even during the campaigning with the candidates not allowed to come in close contact with the voters during canvassing. How do you expect that to be repeated in Bihar where last time there were 3,500 contestants who moved around almost 140 towns and 45,000 villages? Who will stop them from handshaking or taking a garland from their supporters? Will they give PPE suits to almost 5-6 lakh officials and security forces who will be engaged in conducting the polls? How will the polling officers in booths ensure social distancing in populated places? Officers sitting in Delhi come up with fancy ideas which are impossible to execute on the ground. The South Korea model is not feasible on the ground. We hope that we are not pushed to do something that cannot be done,” a Patna-based government official, who has been part of multiple polling exercises, said.

The Election Commission can also go for the Indonesian model, if it has to go for a foreign model. On 4 May, Indonesian President Joko Widodo signed a law that allowed the postponement of the regional elections that were slated to be held in the country on 23 September to December or even longer depending on the situation of the Covid-19 pandemic in the world’s fourth most populous nation.

Responding to The Sunday Guardian’s queries on holding of elections in Bihar, Election Commission spokesperson Sheyphali Sharan said that the updates regarding the issue of Bihar and whether the EC was considering emulating the “South Korean’ model was shared on the ECI website.

The Chief Electoral Officer of Bihar, H.R. Srinivasa, did not respond to The Sunday Guardian’s calls and text messages, seeking response to how the election body was preparing for the elections scheduled for October.