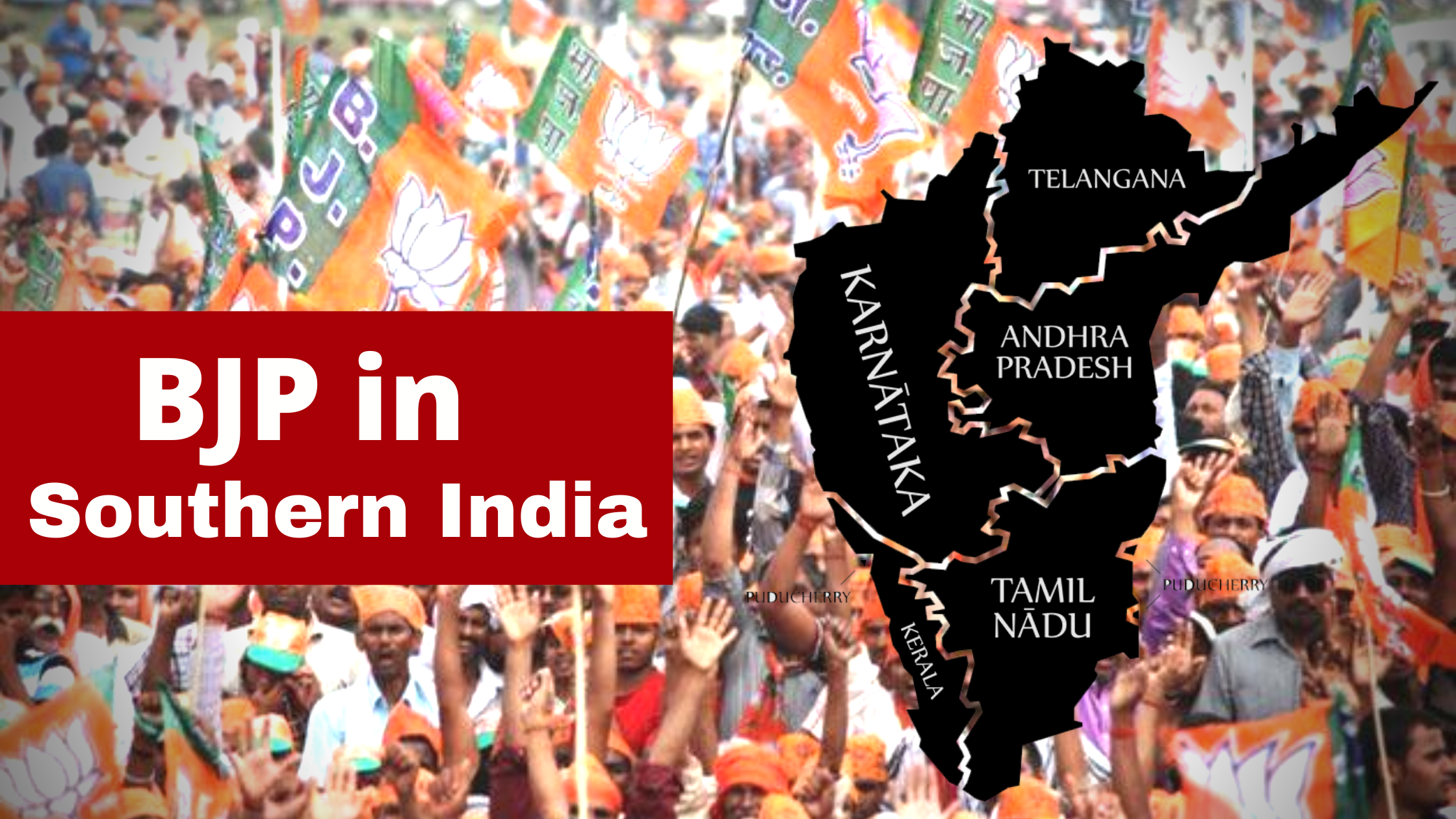 The 2008 Karnataka Legislative Assembly Election served as Bhartiya Janata Party’s gateway to southern India where, for the first time, the party formed government despite not winning a clear majority.  Since then, the party has effectively consolidated a dedicated voter base in most of the adjoining states with the exception of Kerala where the Left Democratic Front and the Congress party have managed retained power.

One of the prime reasons behind the saffron surge down south is the dwindling hold of regional parties over traditionally held constituencies. Parties like AIADMK, Telangana Rashtra Samithi, Telugu Desam Party, Yuvajana Sramika Rythu Congress Party, and Janata Dal (Secular), which have long enjoyed cultural support in certain states owing to family fiefdoms, have been unable to sustain themselves over the years. This coupled with a unified awakening of Hindu consciousness in the southern region has sidelined party dynasties that have ruled Karnataka, Kerala, Tamil Nadu, and Andhra Pradesh for decades. Additionally, with a politically disintegrating Congress party, voters now look over to the BJP for economic growth and stability. The Bhartiya Janata Party has also, through the course of several election cycles, formed strategic alliances to come to power. An example of the same being the JDS-BJP alliance in the state of Karnataka.

Tracing the BJP’s trajectory in Kerala, the party has managed to establish a presence over the years. The Bhartiya Janata Party has substantially increased its vote share from 6.03% in the 2011 Legislative Assembly to 14.96% in the 2016 State Election. Keeping in line with its progress, the party won 15% of the votes in Kerala’s 2020 Civic Body Election. While it has not been able to form government in Kerala so far, the BJP is projected to win a substantial vote share in the upcoming election. Similarly, the party has been unable to win a single seat in the Union Territory of Puducherry, since its vote share has only gone up to 2.4%. The nominations of three MLAs from the Bhartiya Janata Party by the Centre in 2018 to the assembly sparked controversy which was quickly dispersed by the Madras High Court by upholding the Centre’s action. The party is expected to form a coalition with AIADMK in the upcoming election.

With the exception of Kerala and Puducherry, the BJP has practically taken over the southern states, projecting a unified front against politically endorsed regionalism which has served local parties for decades. The party’s stellar performance in the newly formed state of Telangana at the assembly and municipal level is a testament to their growing influence in South. Although the BJP’s seat share in Andhra Pradesh has dropped from 4 to none, the party has been able to establish a vote bank in the state given their strategic alliances with the existing regional parties. Similarly, in Tamil Nadu, the party has been observing a steady rise in popularity given their promises of fast paced economic development. While the Bhartiya Janata Party has not been able to solidify power in the southern states, it is in the process of doing so as a part of its expansionist agenda. The party attempts to unite a fragmented South under the banner of Hinduism and economic development.