So to tackle this problem our firm is here to consult our political leaders in a best way so he/she may not miss chance to make a political future.

As lockdown continues in our country we have to make strategies according to the situation.

But before planning and making artifices for west Bengal leaders, we will quickly go through the history of West-Bengal political scenario: 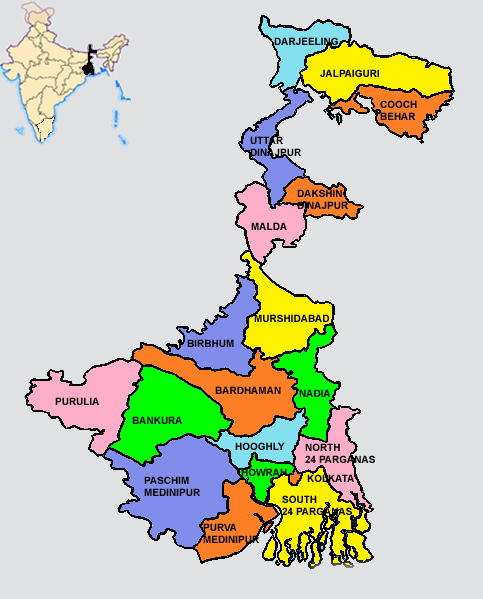 The assembly was established in 1862 for Bengal presidency and the presidency became the state of west Bengal in republic of India in 1950.

But on the eve of independence in 1947 Bengal province was partitioned into west Bengal and east Bengal.

The west Bengal legislative assembly was constituted with 90 members representing the constituencies that fell under west Bengal and 2 nominated from Anglo Indian community.

The constitution of India again provided the bicameral legislature for west Bengal.

On 21 march 1969, a resolution was passed by the West-Bengal legislature assembly for the abolition of legislative council.

What is the brief history of West Bengal politics in last few decades?

In West Bengal one of the states in India where strong arm tactics are used till date by political parties for winning elections in several constituencies.

He was a member of the Indian National Congress. During his tenure very few industries were set up. As massive food crisis took place and there was near-famine condition in West Bengal.

He was the first to introduce food-grain rationing in West Bengal. He imposed a heavy levy on rice mills in order to build a food stock. However, in this process, he Make money by sharing your DIY expertise online with Kajabi!

West Bengal since independence till 1967

West Bengal since independence till 1967 was governed by congress party. In between this span it was led by Dr. B.C. Roy, a visionary and pioneer leader who took correct steps to modernise the economy. But food crisis was a feature of that time as was refugees coming from the then East Pakistan in the wake of partition. Overall till then Bengal was one of the leading states of India.

Then came the rising of Marxist parties on the issue of food crisis and refugee issue. After election of 1967, a coalition government was formed with Bangla congress, a breakaway faction of Congress and Marxist block. It started land reform I.e. setting ceilings on land holding and distributing ceiling above land to landless labours. This was also start of naxal movement which became violent and made its effect on economy.

On the industry front, unchecked trade unionism also raised it heads creating a sense of turmoil everywhere. Then in 1972, congress came back on the back of widespread rigged election

In 1977, congress was routed to pave way for left front govt led by jyoti basu.

They carried on land reforms vigorously gaining strong rural base to cement their hold on power for 34 years continuously.

But they failed to check trade unionism causing flight of capital. Also they lacked on other reforms like creating infrastructure, rural roads to take advantage of increased agricultural production resulting from land reforms.

They also decimated every public institution by nominating or imposing their favourite persons through one sided elections or other methods, as its head or governing body. Thus came the fall from grace of Bengal education and health institutions. Buddha Bhattacharya became CM of Bengal in 2001 after Basu retired. He tried to reign in unchecked trade unionism but failed to do so. He had some success in courting industries but the controversy surrounding taking fertile farm land for industry caused erosion in rural support base.

This gave the launching pad for Mamata Banerjee to wrest power in 2011 election. She iscurrently the CM. Right now left front is in disarray after election debacle and failed to consolidate as evident from recent polls. BJP is gathering strength in pockets and may emerge as main opponent to TMC led by Ms. Banerjee.

Why west Bengal is different from rest of the India in all ways: –

As we know firstly there was a communist government which ruled West Bengal for the 40 years and in 2011 TMC government won the election and new government formed of Mamta Banerjee.

Mamta Banerjee (the left of the leftist) , there is it totally state ruling in TMC government , also in lockdown there is no rule followed by the west Bengal government and because of this , Bihar , Jharkhand , Odisha sealed their borders with West Bengal.

Bengal has 42 Lok Sabha constituencies the third highest in India after U.P and Maharashtra.

There is also a great movement called Bargah moment at the time of communist party.

So, this was the history of West Bengal politics and learning from the mistakes of the prior leaders, we decide not to repeat the history again and come up with better strategies and plans for the upcoming leaders.

At this hard times of the state, people are facing a lot due to coronavirus pandemic and amphan cyclone, leaders should help the homeless and those who suffered the most.

They should come up with ways to bring the labourers and migrants back to Bengal and and also to plan that how they will generate employment in the state so that people don’t have to migrate to another state for earning.

So, here are some points which will help them for Election Campaign

In a state like west Bengal, we have to focus more on small and local campaign because here most of the people are engaged into agriculture and belongs to rural background.

For urban voters, online campaigning and advertising can be the way of reaching voters and therefore is appealing to low budget local campaign in abstract because using the internet is a cheap way to interact with voters.

Firms can also give their funds to the government so that in rural areas of Bengal those who can’t afford mask and sanitization can get without harming, they can vote safely.

There should be awareness in political booth so the firm can use their manpower for volunteering, because covid-19 has caused many deaths to our country and we can’t become responsible for another one due to their political campaign, so we have to be more focused on proper personal distancing by volunteering people.

West Bengal will now face a double challenge, the storm comes when west Bengal is struggling to bring Coronavirus pandemic under control. West Bengal passed more than 3000 confirmed infections with 142 fresh case on Wednesday. Now the emergency workers will have to carry out difficult work with masks, gloves and visors to evacuate people who may already be infected with the virus.

Social distancing though a very good concept may be impossible to enforce in the disaster situation as such. Emergency services is trying to balance between saving lives from the cyclone with saving lives from the Coronavirus. Looming monsoon and flooding season is sure to thrive the virus and even a single outbreak of novel corona virus in the refugee camps is the worst nightmare.

To make a good image of political parties. Brand promotion of our company.

The goal of this election campaign is to make leadtech magement consulting pvt. Ltd more approachable as a brand.

We want our consumers or clients to believe that our company provides best servicesin the field of political consultants.

The campaign will also aim to increase sales of the company as to compared to the other brands in political consultants.

For getting our messages out we have to focus more on print, television and digital advertising.

Print– Magazines are the ideal way of reaching the specific target and they also have a longer readership than other forms of print media. The goal of the magazine advertisement is to directly promote leadtech political campaign (West Bengal elections)

Banner – Advertisement will be placed on various websites of internet during the peak months of West Bengal election drive traffic to our website leadtech.in

Websites– Could be selected for promotion on the basis of population interest and traffic generated on it such as gaana app, Wikipedia, blogspot.com, WordPress, Facebook, Instagram, Twitter.

After making the strategies and plans for the election, we need to give focus on the media schedule as well with key aspects of:

Our banner advertisement should be run on Social media for 2 months to promote company Leadtech Magement Consulting pvt. Ltd (elections campaign) as well as in magazines for 2 months on weekends the advertisement will come and on television also till the end of elections.

The reach of our election very high we should try to reach our target audiences with the help of social media, print media and electronics media.