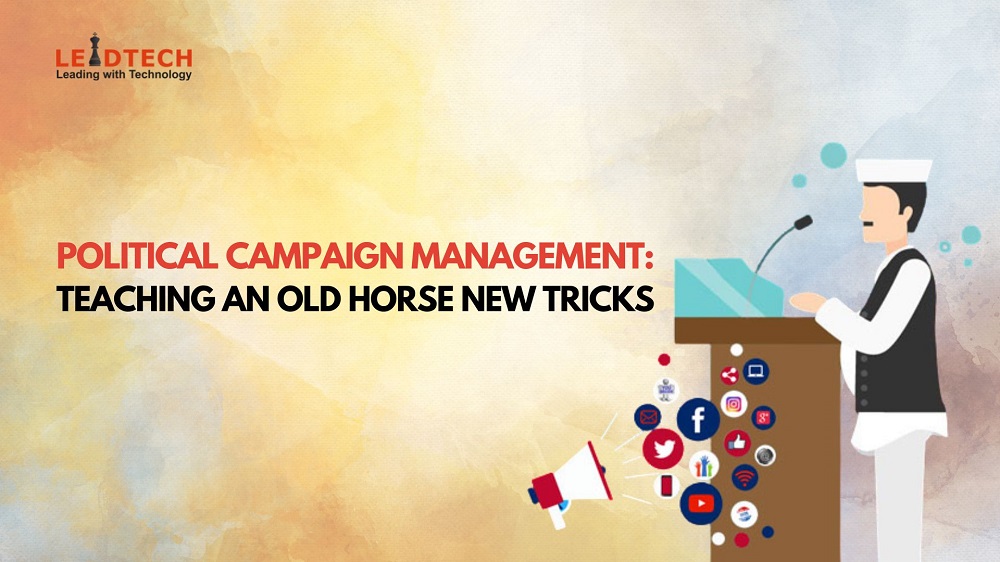 Political campaigns are complex affairs with a number of moving parts and with the ever changing landscape it is very important to be aware of the ground realities and also to have effective means to have one’s voice heard, there needs to be a clarity in ideas and their execution in ensuring a successful political campaign management.

The juggernaut of a undertaking that is the elections in India are an activity which is unmatched in mobilization or enthusiasm. People from all walks of lives and stations find themselves at the center of these elaborate campaigns which seem to be partners in their aspirations and fears. this is a testament to how elaborate an election campaign must be and with an evolved and informed electorate tomfoolery is no longer the way to go, a candidate must not only be able to reach their electorate but also be in touch with what they expect and in doing so be able to resonate with those expectations to deliver a successful political campaign management.

This is has led to a structural change in the way political campaigns are designed and executed, political campaigns have become more and more data driven and dynamic with re-calibrations based on this research in real time to ensure maximum efficacy. Analysis both of the candidate and the demographic of the electorate is of paramount importance to find insights to create the campaign. This is prepared by supplementing conventional political tactics and methods with modern technology and tools. Using surveys, publicly available data, historic analysis, consumer data,using data analytics to profile electorate in credible ways and then utilizing the inferences from that data to supplement the on ground activity. There is no running away from the fact that a digital presence is not just important but the need of the hour in today’s political campaigns.

India has one of the youngest demographics in the world with over 65% of population under the age of 35 and over 50% under the age of 25 with the ever increasing penetration and access to internet, one can no longer ignore the power and influence that digital media has over the masses. Bypassing any and all conventional media it is perhaps the more efficient and impact because it has the ability to reach people directly with no gatekeepers or institutions to moderate or alter your narratives. This has also lead to the electorate being exposed to a wider world and has changed their perception and lifestyles, so to keep in touch with these changing lifestyles an election campaign need to cope and adapt quickly. the pandemic has increased the impact of a digital presence and in doing so made content duration and effective distribution of that content crucial.

This is done through allowing for unperturbed access to content and dedicated digital media teams to ensure maximum efficiency. This often utilizes:

Thus combining conventional political campaign management (wisdom) with modern technology, this is where the role of political consultancies have become pronounced not only do they have the resources to provide all the necessary services under one roof but also allow for voice which would otherwise be drowned in the clamor to be presented in a clear and effective manner.